SharePoint Future : Roadmap to the Future of SharePoint

Aside from describing their passion and commitment to the SharePoint ecosystem, this presentation shared a lot of information about SharePoint Server on-premises and the future development of SharePoint Online as part of Office 365.

May 4, 2016, marked the general availability of SharePoint Server 2016.  While this announcement was not a big surprise to attendees and viewers from around the globe, what followed can only be described as a pivot in the trajectory of SharePoint and Office 365 as we currently know it.  It was no surprise that the focal point of the conversation was Office 365 and the re-branding of what we consider SharePoint sites within the cloud hosted offering.

The conversation was structured into four pillars that define the make-up of the future of SharePoint:

Despite the coming changes to a more integrated, slightly better looking SharePoint, the platform’s identity as a ubiquitous swiss-army knife for corporate productivity has not changed.  While the new SharePoint will enable power users and non-developers to produce better looking, mobile productivity solutions, Microsoft has left behind developer kits and mechanisms to continue to allow customization and heavy tailoring that previously allowed many organizations to take their SharePoint environments from meeting 60 percent of the requirements to something closer to 90 percent.

With a strong commitment to on-premises SharePoint Server releases in the future, the on-premises customer base can look forward to a feature pack in 2017, building upon the 2016 release and including the goodies mentioned in this presentation.

What is the future of SharePoint? We’ve all been asking ourselves this question for almost two years now.  We got a lot of our questions answered, and it looks like SharePoint as a brand is here to stay, whether it looks like any of its predecessors is the new question.

Are you wondering what it means for you? We will be posting and talking about the implications for your current SharePoint strategy in the coming months and beyond!

One thought on “SharePoint Future : Roadmap to the Future of SharePoint” 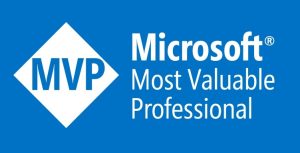